UIndy faculty member treats “So You Think You Can Dance” performers 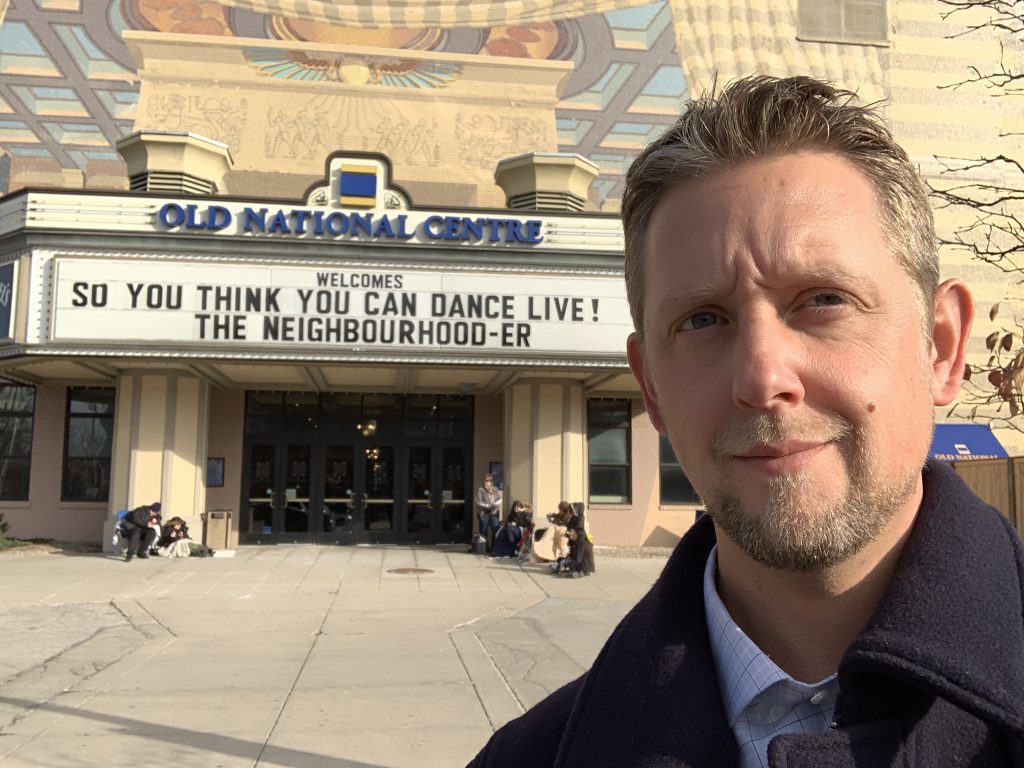 When the stars of So You Think You Can Dance Live rolled into Indianapolis last week, UIndy’s Dr. Paul Salamh, assistant professor in the Krannert School of Physical Therapy, was waiting for them. No, he’s not a SYTYCD super-fan. Salamh was onsite as a healthcare professional, available to treat any injuries the dancers came in with.

“The performers do multiple shows a week, so they often come in with injuries or even just “maintenance” needs,” said Salamh, who has been the go-to physical therapist for the tour stop in Indianapolis for three years. “But its show business and the show must go on.”

He was recruited for the role by the show’s manager who learned about Salamh’s previous work with athletes. At the Old National Center where the show was held, each year Salamh is given a large dressing room so he has space to treat the dancers. He brings along any supplies he thinks he might need. In order to prepare, the show’s manager gives him a heads up of what to expect a few days before the cast and crew arrive in Indianapolis.

“The day of the show, the lead dancer usually briefs me about what’s going on with everyone,” Salamh said. “Sometimes they are reluctant to come in for treatment, but usually the lead dancer encourages them.”

Before being contacted by the SYTYCD team, Salamh had never actually seen the show. However, since then he does admit to following the show a little more closely, “but don’t tell anyone,” he laughed.