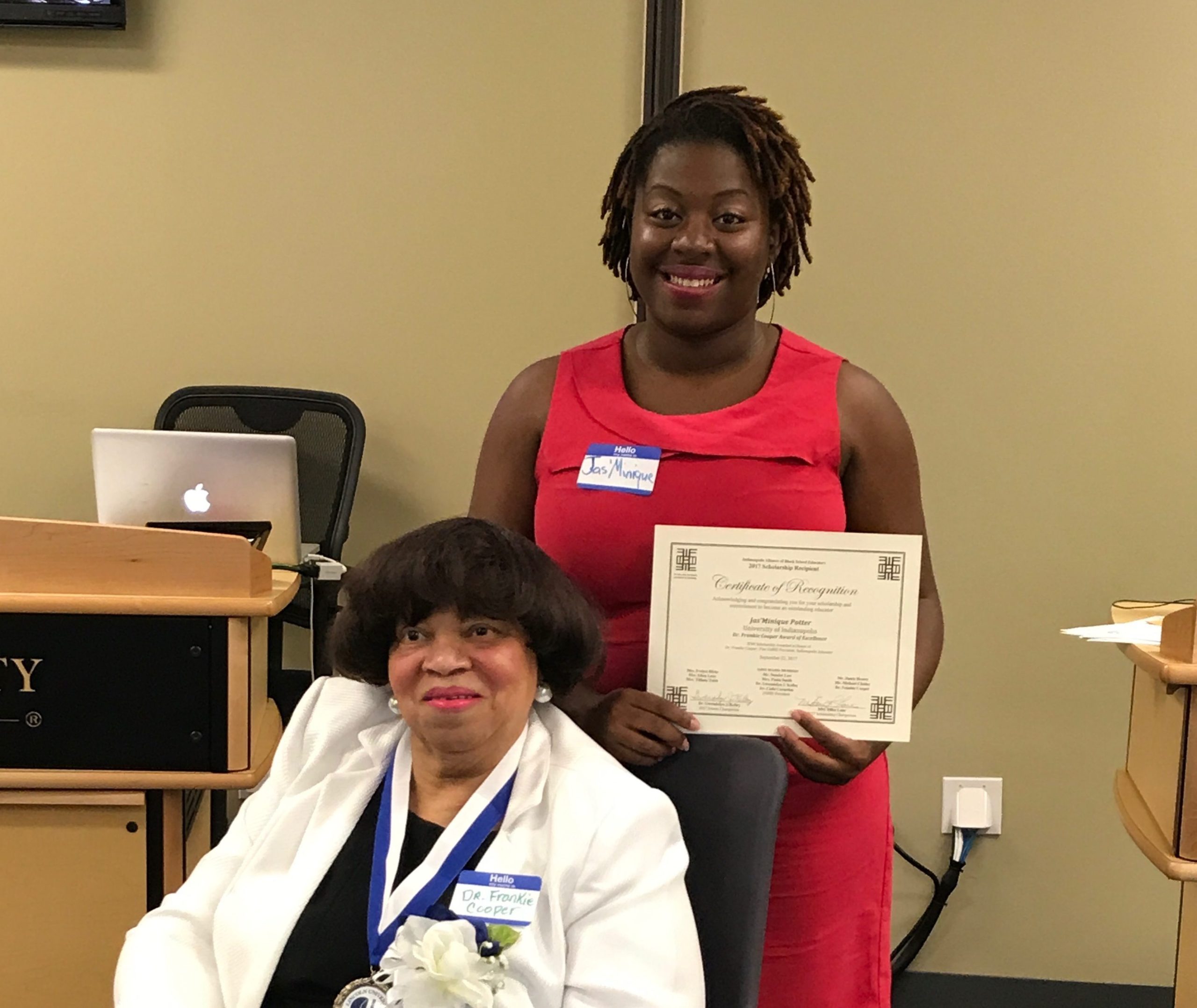 Potter was one of four students from across the state to receive the scholarship this year.  She specifically received the scholarship that was named in honor of Dr. Frankie Cooper, past IABSE President and Indianapolis educator who was also in attendance at the event.