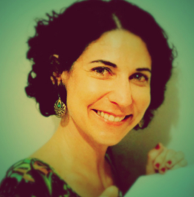 “Where Have All the Children Gone?: Cross-Cultural Representations of Childhood through Social Media and Advertising” with Dr. Danielle Almeida

More than just playthings, toys and toy advertising tell us a lot about our beliefs and expectations of children, especially in terms of gender roles and boundaries.  In this interactive lecture, Professor Almeida takes a social semiotic approach to examine traditional toy advertising and their representations across social media platforms (Kress & van Leeuwen, 1196; 2006; Halliday, 1994).  By comparing the findings of her current project entitled Toys on Focus with the ones of her previous study on dolls as representational icons of Brazil and USA (Almeida, 2006), Professor Almeida connects these visual representations and narratives to contemporary and competing cultural gender agendas facing women and girls in both countries.  Her findings also suggest increased diversity and a gradual blurring of gender boundaries in childrens media along with the disruption of existing narratives traditionally conceived in toy lines and campaigns. Participants will be given an opportunity to try their hand at applying these analytic strategies to decode the cultural messages conveyed through materials used to market toys to parents and children.

Dr. Danielle Almeida is an Associate Professor at the Federal University of Paraíba, Brazil. In 2015, she was awarded a Scholarship of Research Productivity by the National Council for Scientific and Technological Development (CNPq) in Brazil. Her current academic interests are centered on the interrelation between Multimodality and Childhood through the discourse of contemporary toys and the connection between new media technologies and the culture of play, both from a linguistic and socio-cultural perspective. Her publications include New Perspectives on Visual Analysis: From Text to Context (2017) Perspectives on Visual Analysis: from Photojournalism to Blog (2008), as well as scientific articles in national and international journals such as Visual Communication (2009) and several book chapters. Since 2015 she has been coordinating a research project (CNPq) entitled Toys on Focus (toysonfocus.weebly.com), about the discourse of contemporary toys.