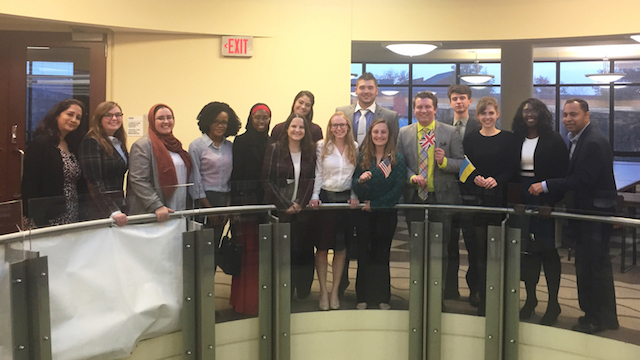 A team of 15 students from the University of Indianapolis won several awards recently during the Model United Nations Summit competition.

The Model UN is a simulation exercise organized by the Indiana Consortium for International Programs. Several universities from Indiana and Kentucky participated this year at the summit, which was hosted Nov. 9-11 at Indiana University Southeast in New Albany, Ind.

Jyotika Saksena, associate professor with the department of history and political science, helped the students prepare for the event.

“This is a very important learning tool for the students,” she explained. “They not only study important topics facing the world today but learn to see these different issues from specific perspectives. The simulation teaches students to negotiate with those of a different point of view without antagonizing them, the art of diplomacy and public speaking skills.”