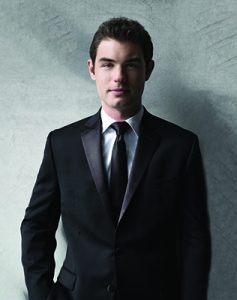 Returning to the University of Indianapolis for his fourth semester as artist-in-residence, acclaimed pianist Drew Petersen collaborates with The Indianapolis Quartet for an unforgettable performance at 7:30 p.m., March 22, 2019, at the Ruth Lilly Performance Hall in the Christel DeHaan Fine Arts Center.

As part of the University of Indianapolis Faculty Artist Concert Series presented by Katz, Sapper & Miller, Mr. Petersen and the Quartet will perform Robert Schumann’s 1842 masterpiece, the Quintet for piano and strings, Op. 44. The first half of the program will feature Mr. Petersen in 19th-century works for solo piano: the Valses Poéticos by Enrique Granados and Franz Schubert’s iconic “Wanderer” Fantasy, D. 760. The event is open to the public and admission is free. Call 317-788-3255 for more information.

About Drew Petersen
As the 2017 American Pianists Awards and Christel DeHaan Fellowship winner, Drew Petersen is serving as artist-in-residence at the University of Indianapolis for two years. Petersen hosts masterclasses for students as part of this unique partnership between the University of Indianapolis and the American Pianists Association. A cum laude graduate of Harvard University in social sciences, Petersen pursued undergraduate and graduate studies in music at the Juilliard School. He also has been a prizewinner in major international competitions (Leeds, Hilton Head, Kosciuszko Foundation) and has been profiled in the New York Times, New York Magazine and the documentary Just Normal. His international engagements include recitals at the Musica e Arte Festival in Tolentino, Italy, Verbier Festival in Verbier, Switzerland and Euro Arts Music Festival in Leipzig, Germany. 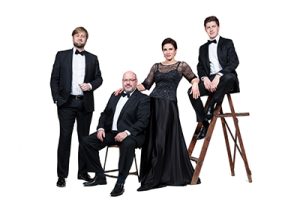 About The Indianapolis Quartet
Founded in 2016, The Indianapolis Quartet (Zachary DePue and Joana Genova, violins; Michael Isaac Strauss, viola and Austin Huntington, cello) is the ensemble-in-residence at the University of Indianapolis, reaching audiences through its unique musical language and emotional performance style. In addition to concerts, masterclasses and open rehearsals at the Christel DeHaan Fine Arts Center, The Indianapolis Quartet performs frequently throughout central Indiana, the Midwest and Vermont, exercising its mission to gradually expand its reach not only regionally, but also nationally and internationally, as it continues to build its repertoire of world-class music.