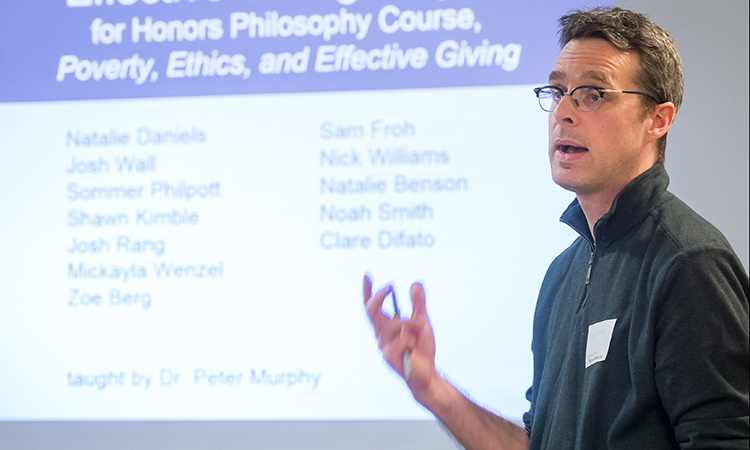 Peter Murphy, professor of philosophy, was featured in “Charitable Advisors” for his class on effective altruism.

As part of the class syllabus, students are introduced to the tenets of EA, and their final assignment is designed to apply what they’ve learned. Each year, Murphy secures funds from local donors, and as a group, students must reach a consensus about which organization or organizations will be the recipient of those funds.

“When they try to persuade one another that this is the organization we should give money to, they always set up rules. (One is) you have to give evidence, and the evidence that you give has to meet some kind of rigorous standards,” he said, which is an EA hallmark.

But for Murphy this isn’t just a course. Over the past 25 years, his philosophy students have studied Peter Singer and other scholars who have written about poverty ethics. Murphy was introduced to Singer’s 1972 paper “Fame, Affluence and Morality” as a college student, but his interest in the plight of the world’s poorest people was actually sparked earlier by his brother.