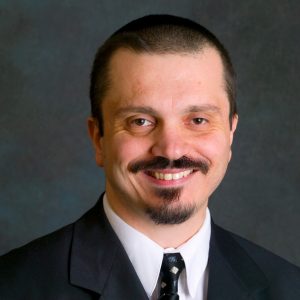 Michael Poulakis, assistant professor of clinical psychology, presented research at Boston College with two of his students, Rebecca McCormic and Aylin Acosta, who are both in their third year of the PsyD program at the University of Indianapolis. The presentation, “Working with Individuals of a Minority Racial or Ethnic Background When Part of the Majority,” was part of the Institute for the Study and Promotion of Race and Culture (ISPRC)’s Diversity Challenge 2019, held in October 2019.

“The therapeutic IPad: Technology in Neuropsychology” by Sebastian Del Corral Winder, Alex Cook, and Mixalis Poulakis explored the debate on the use of technology as a tool for psychological assessment. While the research suggests there are many benefits, clinical psychologists are reluctant to incorporate new technologies in assessing individuals.