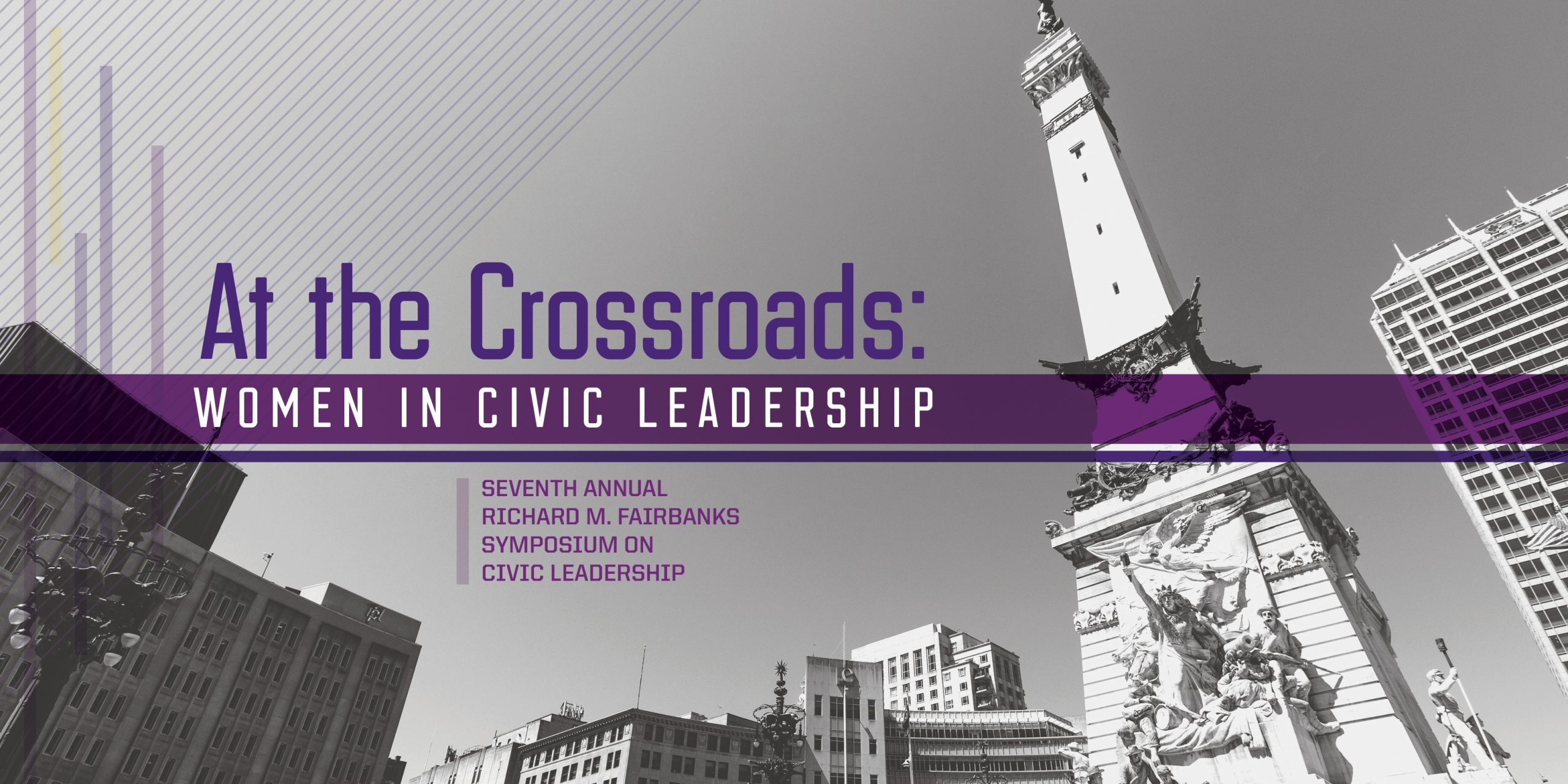 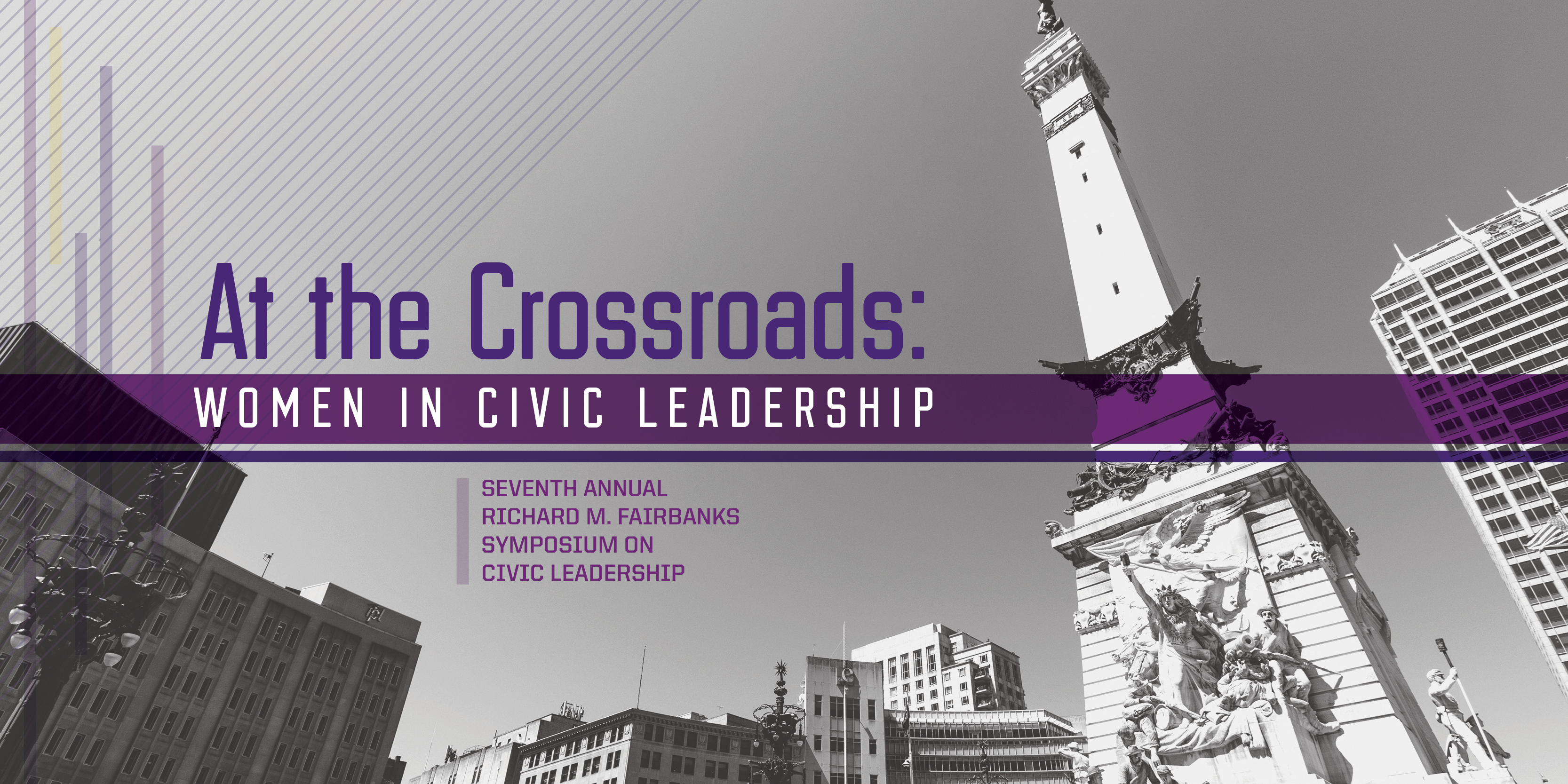 As the nation marks the centennial of women’s suffrage, the Seventh Annual Richard M. Fairbanks Symposium on Civic Leadership, hosted by the University of Indianapolis on March 6, will explore the impact of women in civic leadership both regionally and across the country.

“At the Crossroads: Women in Civic Leadership” features top female leaders from Indianapolis and also includes keynote speaker Jennifer Lawless, Commonwealth Professor of Politics at the University of Virginia and author of “It Still Takes a Candidate: Why Women Don’t Run for Office” and “Women on the Run: Gender, Media, and Political Campaigns in a Polarized Era.” The symposium is open to the public and registration is required. The $10 event fee includes a buffet lunch. Students may register at no charge and must produce a current university ID card upon entry. Register here.

Moderators for the symposium’s panel discussions include Laura Wilson, University of Indianapolis assistant professor of political science, and Anne Hathaway, President of Hathaway Strategies and Director of the Richard G. Lugar Excellence in Public Service Series. Wilson is a frequent contributor to regional and national news media on political matters. Hathaway is a 2013 Indiana Commission for Women Torchbearer Award recipient who has devoted her career to advocating for women seeking or serving in office.

The annual symposium, organized by the University of Indianapolis Institute for Civic Leadership & Mayoral Archives in partnership with Indiana Humanities, is made possible through the generous support of the Richard M. Fairbanks Foundation. This year’s event brings together women from the corporate, political and nonprofit worlds to delve into achievements made and the milestones yet to be reached.

“The 100th anniversary of women winning the right to vote seems an appropriate time to take stock of the current state of women in civic leadership in Indiana and across the nation,” said Keira Amstutz, president and CEO of Indiana Humanities. “It gives us an opportunity to reflect on the courage, perseverance and organized activism it took to bring change, and we are pleased to play a role in providing an opportunity for assessment and reflection.”

“While Hoosier women have provided strong and often unacknowledged leadership in a number of sectors, the political realm is ripe with ample opportunities for improvement. Drawing on lessons from the past to inform the present and better the future, we hope the symposium will empower current and future generations of women to seek civic leadership roles,” said Edward Frantz, professor of history and symposium organizer.

The program includes morning and afternoon panel discussions and an INconversation with Jennifer Lawless. The schedule is as follows:

Jennifer L. Lawless is the Commonwealth Professor of Politics at the University of Virginia. Prior to joining the UVA faculty, she was a Professor of Government at American University and the Director of the Women & Politics Institute. Before that, she was an assistant and then associate professor at Brown. She is author of “It Still Takes a Candidate: Why Women Don’t Run for Office” and “Women on the Run: Gender, Media, and Political Campaigns in a Polarized Era.”

Rima Shahid has served as the first Executive Director of Women4Change since 2017. Shahid is mandated to lead the implementation of Women4Change’s mission to equip and mobilize women to engage effectively in political and civic affairs in order to strengthen our democracy and to advocate for the leadership, health, safety and dignity of all women in Indiana. Before her service at Women4Change, she served as the Executive Director of the Muslim Alliance of Indiana for two years.