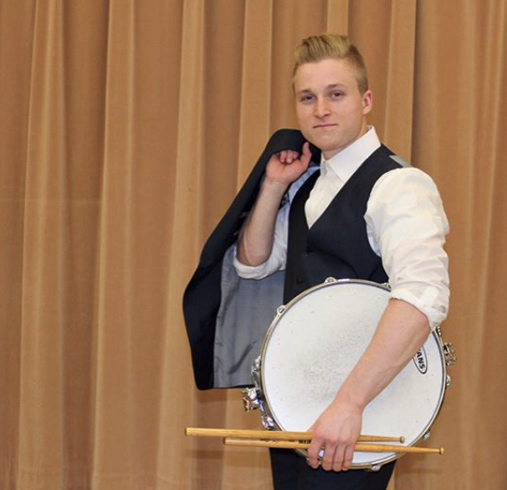 Logan Fox ‘17 (music performance, percussion) was named the 2018 Aeolian Classics Emerging Artist in partnership with the Chicago College of Performing Arts at Roosevelt University. He performed on a range of instruments in front of a panel of judges to unanimously win the competition.

The award will allow Fox to record a debut album for Aeolian Classics this summer. He will also perform at Chicago venues this spring, including the Chicago Cultural Center, the 19th Century Club and PianoForte Chicago.

During his time at the University, Fox studied with retired professor Paul Berns from the Indianapolis Symphony Orchestra.