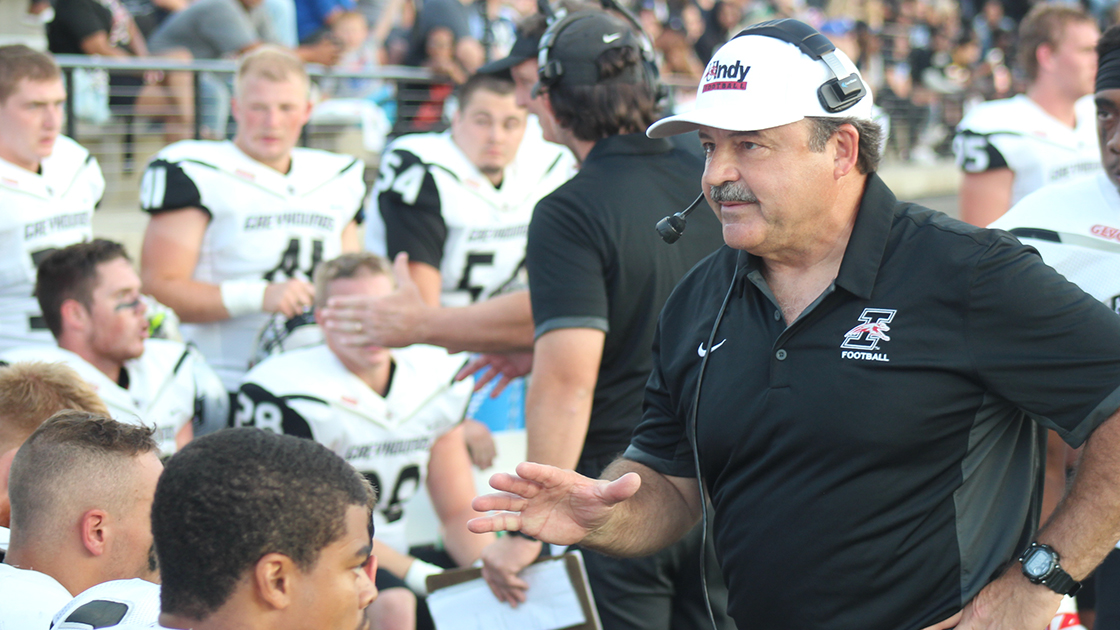 “‘Coach Bart’ has had an immeasurable effect not only on the UIndy football program, but on UIndy Athletics and the University as a whole,” said Vice President for Intercollegiate Athletics Dr. Sue Willey. “It has been an honor and privilege to work with him over the last 12 years and witness how he transformed the football program into the Division II powerhouse with his integrity and professionalism. Our friendship is invaluable and will always have a special place in my heart. Coach Bart will forever be a Greyhound.”

Since being hired as the team’s defensive coordinator in 2004 and later taking over the head job in 2010, Bartolomeo has lifted the UIndy football program to national prevalence. The Greyhounds won Great Lakes Valley Conference championships six times in the last seven seasons, compiling a stellar 49-4 (.925) mark in league play over that span. Five NCAA DII playoff appearances followed, including first-round wins in both 2012 and this past November. The team is currently in the midst of a program-record 24 consecutive weeks of being ranked in the DII top 25.

“I’ve given my whole life to this great game of football – the last 15 years here at the University of Indianapolis – and I couldn’t have asked for a better person to work under than Dr. Sue Willey,” added Bartolomeo. “She’s been awesome. She’s given our program everything it needs to win, and she’s done it the right way. I’m eternally grateful to her for giving me the opportunity to be the head coach at this university.

“With that being said, I’m going to announce my retirement from this great game. It’s been fun. We’ve won a lot of games, graduated a lot of kids, most importantly, and that’s something I’m more proud of than the championships, the playoff appearances, and all those things.”

Four times voted the GLVC Coach of the Year by his peers, Bartolomeo leaves UIndy as the program’s all-time leader in winning percentage (.752) and third all-time in total wins (79).

With all the success UIndy has enjoyed, Coach Bart leaves the game with many great memories but looks forward to the next chapter.

“Forty-one years (of coaching) is a long time,” Bartolomeo reflected, “and the timing is right for me (to step away). I’m going to finally see the leaves change color and enjoy some things that I haven’t been able to as a coach; spending time with my wife being first and foremost.