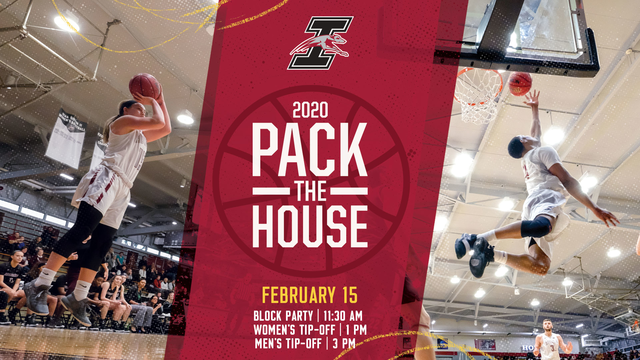 Greyhounds filled Nicoson Hall in support of the UIndy Women’s and Men’s basketball teams as they competed against the Truman State University Bulldogs for a conference matchup on Saturday, February 15.

Women’s tip-off was at 1 p.m. and the men’s team tip-off was at 3 p.m. for a back-to-back showdown. In addition to cheering on the basketball teams, UIndy celebrated all fall athletes for their record-breaking 2019 seasons.

Back this year was the chance for one lucky student to take a half-court shot for a chance at free tuition for one semester. Students could also enter to win Billie Eilish concert tickets, which were given away during the men’s basketball game.